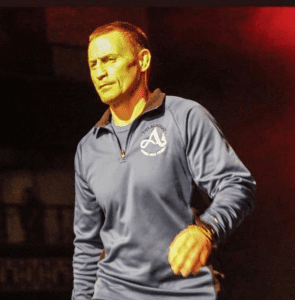 Greg Nelson
Studying, Training and Teaching Combatives, Combat Sports, Self-Defense, Fighting and dealing with all facets of Martial Arts has been my focus for the last 38 years. Over the past couple of years, I have started firearms training with Todd. His open-mindedness and willingness to instruct a civilian based, no nonsense and ever-expanding curriculum and methodology of all facets of personal protection is not only highly functional, pressure tested and fact based, but also super fun. The training that Todd has had me do has expanded my awareness of far more than the firearm, but also in all areas of my martial arts training. It forces me to open my mind, to look at self-defense and how to deal with the before, during and after of everything fighting in a totally different and realistic way.

Everyone loves to write “the mind is the weapon and the firearm is only the tool”, but then when they go to the shooting range evidently they forget about it and train only the finger and not the mind. This happens because it is easier to train the finger and does not require having to deal with one’s conscience in terms of ability and preparation.
I want to greet you by mentioning two concepts that I find fantastic and that come from two other Trainers of which I have a deep esteem:
“Thinkers before shooters” – Travis Haley
“Don’t be a Gunfighter be a Fighter with a Gun” – Todd Fossey